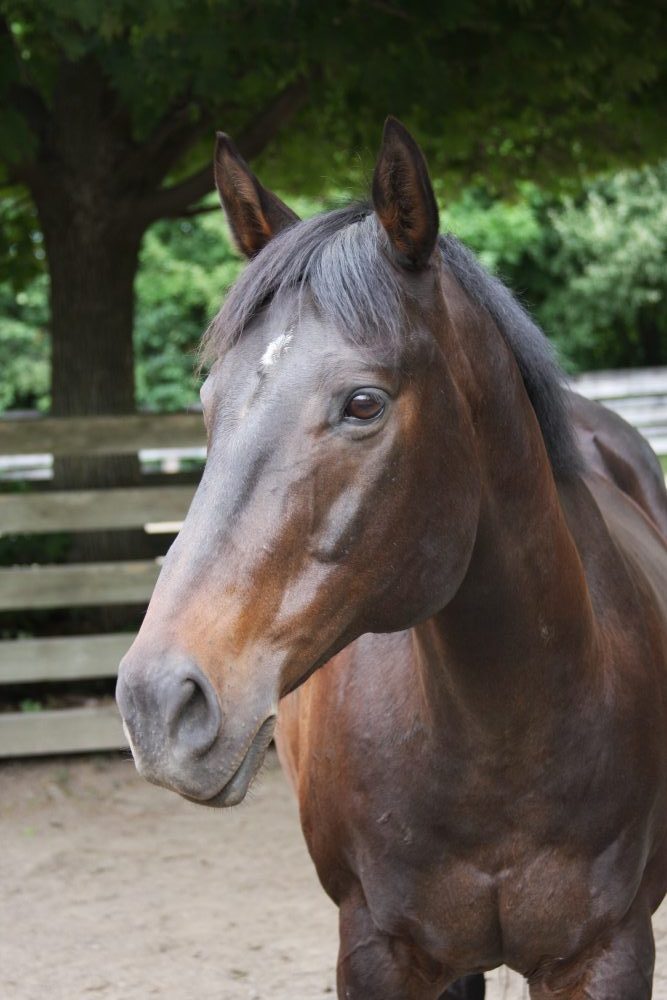 Purchased for the program and sponsored by the IODE

Privately owned before coming to CARD, Scooter has a narrow build and smooth forward and backward movement. He is excellent at adjusting the speed of his walk, making him an ideal candidate for riders with varying sensory input needs. Scooter’s gentle and affectionate personality and smaller build help him excel in children and small adult classes.

Scooter left his harem in Paddock 2 behind to take over ruling the big boys in Paddock 1B and while he enjoyed his newly elevated place in the hierarchy, we did see some longing glances at his former bestie, Capri, during the first week he moved. Fortunately, within a few weeks, Capri also made the move to Paddock 1B, and Scooter’s romantic heart was complete once more! Winter of 2018 saw some new paddock arrangements though, and Scooter and Casey (our two “Peter Pan, never grow up boys”) are now sharing Paddock 1B quite contentedly.

With a natural flair for the dramatic, Scooter gives his all to everything he does; the staff makes sure that the ‘all’ he brings to class is positive and respectful because our newly crowned king got a little full of himself when stately Colonel and Riley both began to bow to his whims a few years ago!

Fortunately, he loves being loved and a little correction followed by some affection are the keys to his saucy heart!